Getting Smart(er): on the road with Highways England North West

There is no substitute for getting down to the front line to see what is really going on. As part of an attempt to visit all the Highways England areas Transport Focus works with, last week I went to see what is happening in or around Manchester and Cheshire on the Strategic Road Network.

Leaving the city centre we hit the Transport for Greater Manchester (TfGM) roadworks on Regent Road (A57) – a vivid reminder of how important co-operation is between Highways England and local authorities. Then we went up the M602 towards the major smart motorway upgrade on the M62 between junctions 10-12 and we stopped at the works depot in Eccles.

It was good to see:

Transport Focus’s recent insight report on the experience of drivers using the M4 during current roadworks to deliver a ‘smart’ motorway upgrade will help with these sorts of project in the future.

Next, we went down the M6 towards Knutsford. Here it was fascinating to see ‘before and after’ the smart upgrade - relatively free flowing versus backed-up traffic. This was followed by a visit to Highways England’s traffic officer outstation near Knutsford services and a further drive back up the new (ish) A556. This road felt like driving somewhere on the continent! Smart, well built, and well laid out. We also saw the old road that it replaced – now known as the 'de-trunked B5569' with much improved facilities for cycling and walking. The old road must have been hell for drivers and residents! 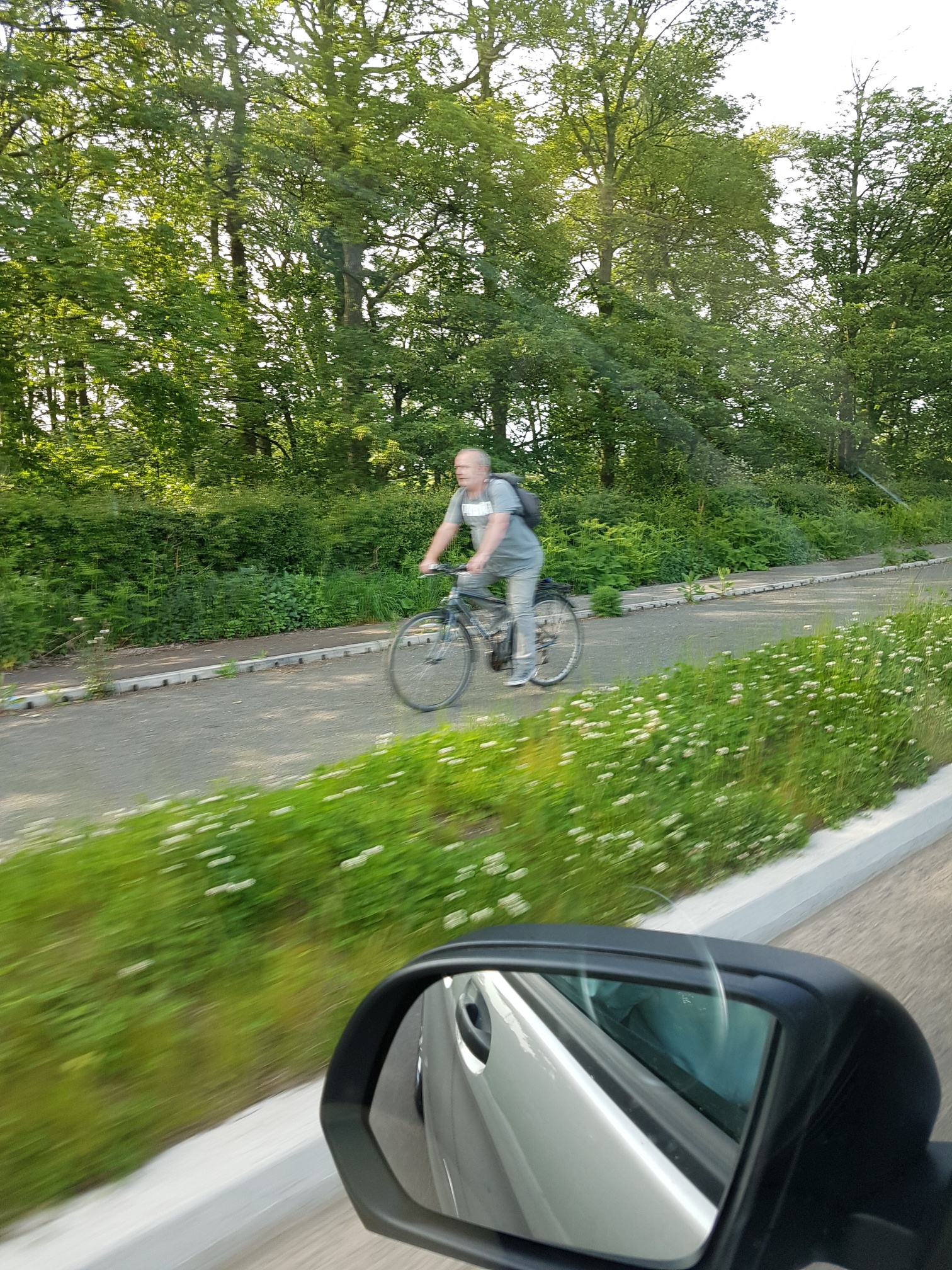 Around all of this there was a lot of discussion:

So, a lot of encouraging progress in evidence, but big challenges remain.