An hour on an all-stations Pacer train felt like a lifetime!

Much has been written and said about Pacer trains. More than 30-years old, these odd bus bodies stuck on rigid frames were a pragmatic, cost-effective British Rail solution to the need for new trains on some lines at a time when rail travel was declining and subsidy being cut. However, despite being well past their travel by date they are still in use on Arriva Trains Wales, Northern and Great Western Railway services. They are all due to be replaced in the next few years.

I have made short journeys on them before – but never a longer one – so last week was an eye-opener. Going to a funeral in Cheshire, my sister and I changed off the Virgin train at Stockport and witnessed what can only be described as a monsoon! Whatever you think about Virgin’s Pendolino trains – I strongly dislike them, but my sister, a less regular train traveller, thought it was great – they are at least cool and vaguely comfortable.

We were heading to Greenbank on the Stockport to Chester line – the “Mid Cheshire Line”. The line serves a wide variety of communities, including Altrincham and Knutsford. The two-carriage Pacer train arrived on time and we all piled on with our luggage. It was very, very hot on a muggy day. No air conditioning. The ride was very hard – it felt as if there were no suspension. Poor seating layout with hard bench seats in a cramped two and three seat layout – as a six-foot person I had trouble fitting in! Slow – the trains accelerate at a slow pace. At each station the conductor has to release the door lock which then allows passengers to press the open button. The conductor then has to shut the doors. The conductor is also selling tickets as many station are unstaffed and have no ticket machines (or real-time information as we found on the return journey from Delamere station). You could see some passengers with change ready who were never reached – a free ride!

What is astonishing is that, despite all this, the train was pretty much full. It is remarkable how the market has borne up despite the product – must also say something about the choices people have? It certainly shows the value of the efforts of the Mid Cheshire Rail Users Association and the Mid Cheshire Community Rail Partnership to promote the line.

So will the replacement trains coming later in the new franchise make a difference? Yes, but it will take more than simply replacing the Pacers. Better frequency, by December 2017 there is to be an additional hourly train between Manchester and Northwich, and better live information would help. The layout of the refurbished trains will also be important – worth more research on the lines of that we did with Merseytravel? Do different parts of the country need different solutions?

But better trains will mark a big step in the right direction. 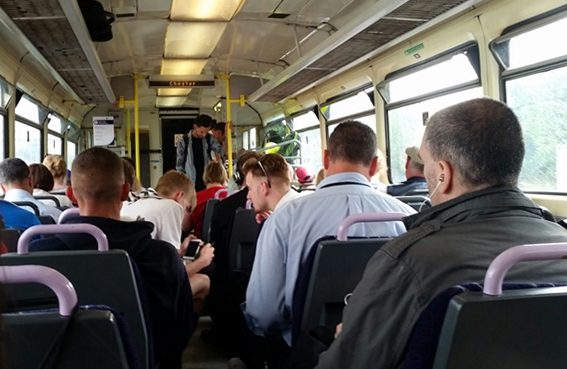 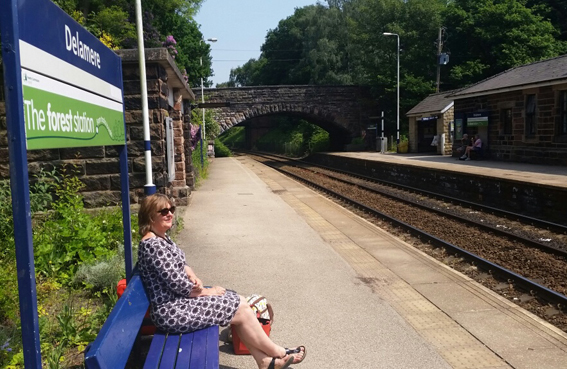