M1 southbound on a Sunday afternoon…

Last Sunday afternoon, having dropped my daughter off at Leeds University, (tears all round) we headed back to London.

It’s always a good reminder of just how important the M1 is as a transport spine — it was busy all the way down. The M25 afterwards felt quite roomy by comparison! Speed restrictions and the volume of traffic seems to mean that everything moves along at pretty much the same speed, except when trucks meet hills.

To me, it feels less stressful driving on the M1 than before. The tailgating, light-flashing, fast-lane behaviour of old is a bit pointless given the solid traffic all the way to London.

Yet there are lots of capacity gains to be had from getting people to drive better. Middle-lane hogging still abound. Move left! I can understand the stress of coming in and out of lanes, but the constant traffic makes it feel like undertaking is becoming more commonplace – something still advised against by the Highway Code, unless in instances such as slow-moving traffic, I think. Needless to say, there were countless breathless moments as drivers cut others up or tailgated. 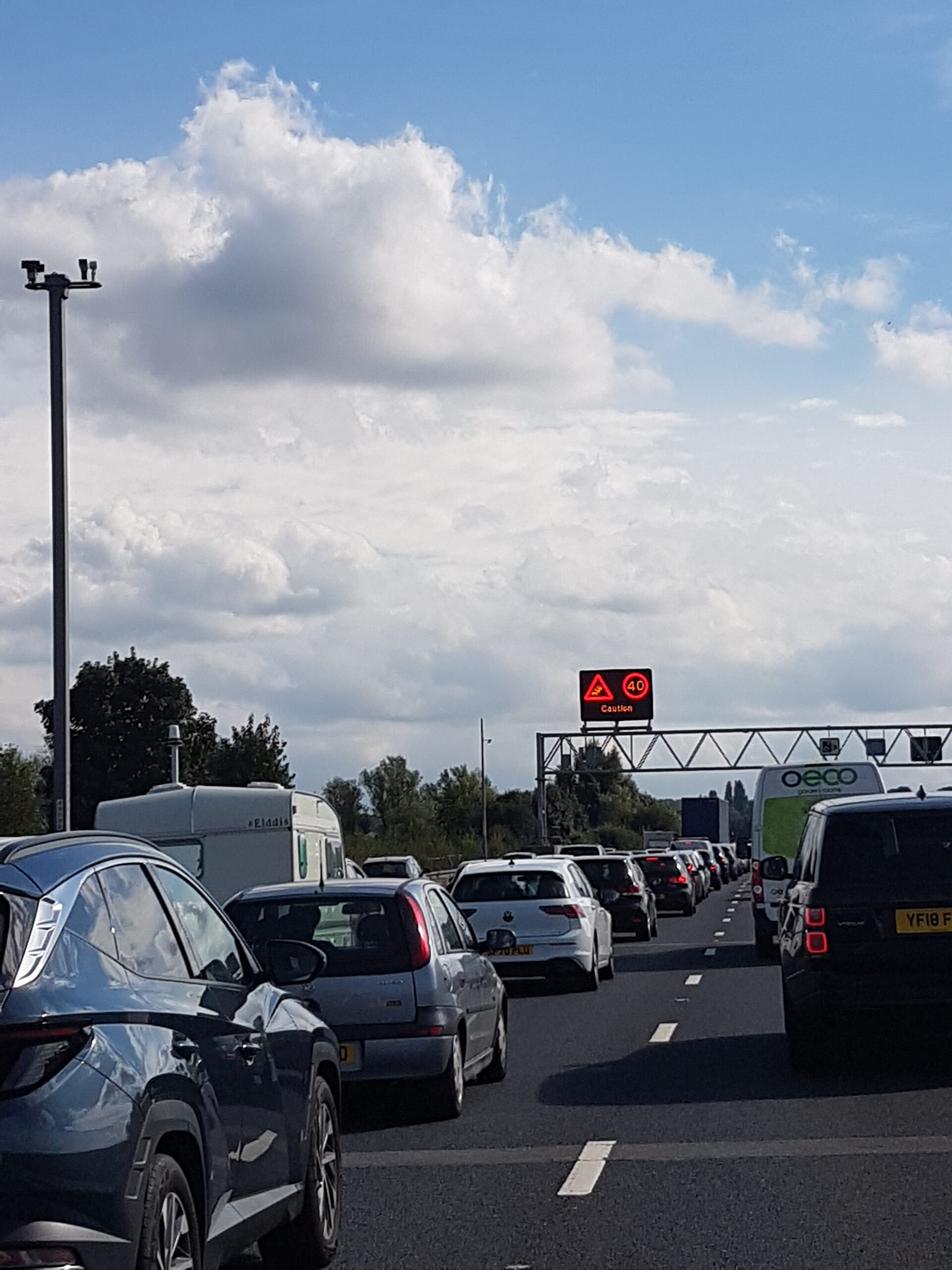 There were lots of investment-triggering roadworks as National Highways (formerly Highways England) makes its transition through smart motorways towards its ambition of ‘digital roads’. So, the overhead gantries, signals, stopped-vehicle detection and, of course, the transformation of the hard shoulder into a permanent lane, were evident.

When you see some of the new stretches in action, it is impressive. It feels like a managed network more than just a road to turn up and use. What is confusing now though, is the inevitable in-between state where some sections are done, whereas others are not — so the hard shoulder comes in and out of use constantly.

The road signs are ok but might need to be reviewed. I saw at least one person happily driving up the hard shoulder!

There was no sign of any roadworks on a Sunday of course – is it too expensive or too disruptive?

What is also clear in the East Midlands, is the number of large warehouses being built for Amazon, H&M, and others. Home deliveries are driving change in this part of the world, and this, in turn, will only generate more traffic.

The services on the M1 can be quite old and tired. The signs and car park layouts seem to hark back to a time of much less, much slower traffic. Again, a bit of white line paint and new signs would go a long way. But lots of clean toilets and somewhere to enjoy a cup of coffee – as our surveys show, are the key drivers of satisfaction.

Now our Strategic Roads User Survey is back in action, National Highways and others are getting that vital thing again – your feedback from the front line. So, keep it coming!