On patrol: keeping people moving on the A38 in Devon

As part of getting to understand what it is like to use the major roads in England that make up the Strategic Road Network we have been doing some driving and meeting Highways England folk that make all this happen.

Having been both ways round the Birmingham ‘box’ of motorways and up and down the M6, Guy Dangerfield, our road user director, and I headed west, driving from Penzance to Basingstoke.

We dropped in on the Highways England ‘outstation’ at Pridhamsleigh, near Buckfastleigh in Devon. You cannot see this from the road as the splendid portakabins are out of sight in an old quarry. There are now nine traffic officers permanently based there and they are supported from another outstation at Chelston (near Wellington on the M5) in order to maintain 24-hour cover. The mileage of road patrolled is about 55 miles – 30 miles down to the Tamar Bridge and just under 25 up to M5 at Exeter. However, they also attend incidents on the motorway itself if the need arises.

There we met Derek Flynn and Ian Davis, two of the traffic officers and their manager Ian Bagnall. Professional, calm and no-nonsense people who deal with some of messes you and I can get into when driving. Accidents, people getting hurt and irate motorists – they seem to love what they do, because they are making a difference in often quite scary places.

The A38 in Devon in places is hilly, with tight bends, not very clear lines of sight, tractors moving slowly in summer, lorries grinding up hills, lots of crossing points and roads coming on and off. Very different to a motorway.  And it gets very busy at some times of year and is a major local road as well as getting holidaymakers and freight to and from Cornwall. People drive fast on it as well.

There used to be 15 traffic officers based at Pridhamsleigh. 2012’s cutbacks reduced the number. There are many priorities for Highways England, but building this team back up would seem like a very good investment. Big savings on police time (if it takes an hour to reach an incident the police will deal with it), big savings for the economy both local and national. If there was some sensible way of calculating the cost benefits of this patrol and a sensible way of paying for it from many budgets I am sure it would pay for itself many times over…

This busy stretch of road looks like it needs close, dedicated attention to keep it moving. 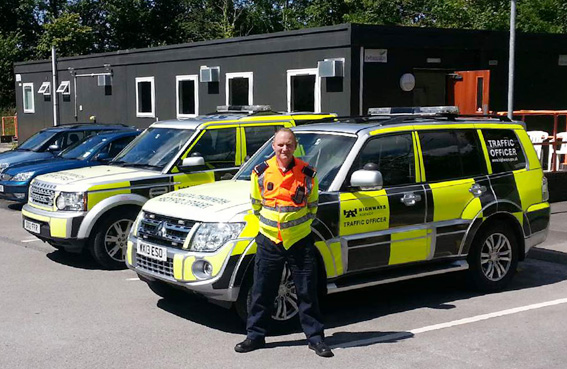