Bus passengers are increasingly unhappy with delays caused by congestion on the roads. This is according to our latest and eighth Bus Passenger Survey of 47,000 passengers in England and Scotland.

Passengers on their local bus may be generally content with their service but congestion and traffic jams are beginning to impact on their overall satisfaction with their bus journey. More than a quarter of journeys in England were held up by congestion.

David Sidebottom, director at Transport Focus, said: “Passengers tell us they want a frequent, punctual and reliable service which offers value for money: the ‘core product’. The results show that, despite satisfaction levels remaining high, increasing road congestion and the impact of road works is hitting the ability to deliver these basics in some of our towns and major cities.

While 87 per cent of all passengers in England were satisfied with their local bus service (86 per cent in 2015), congestion is impacting on passenger ratings for punctuality and waiting times in those places. Satisfaction with punctuality ranged from 65 per cent to 84 per cent (averaging 73 per cent) which is down from an average of 75 per cent in 2015.

He continued: “We have seen some excellent initiatives of bus operators and local authorities working together to deal with the challenges facing their areas such as congestion. The West Midlands Bus Alliance and the newer Liverpool City Region Bus Alliance are examples of partnership working that should become easier once the forthcoming Bus Services Act is implemented in England. Such a concerted effort, combined with the survey results, should help achieve one of the aims of the legislation – to improve the passenger experience.” 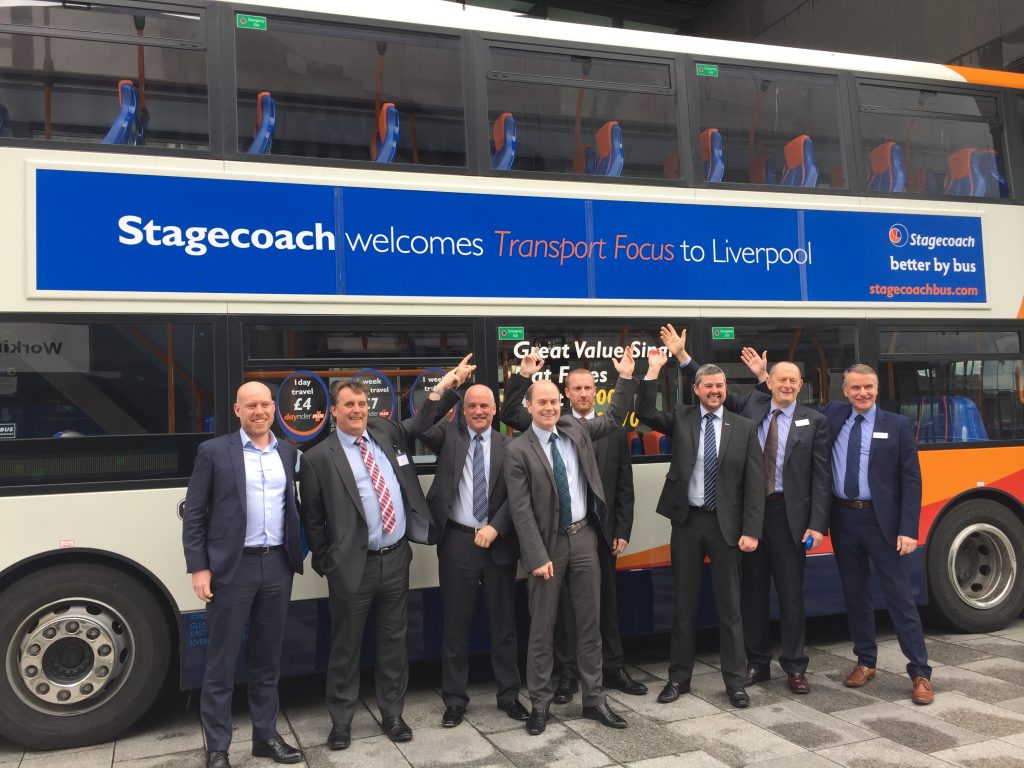 The good news is that in some areas satisfaction with value for money is improving. There are indications this may be helped by operators and authorities introducing simple, affordable flat fare deals for younger passengers in places such as Milton Keynes.

In Scotland, we surveyed over 9,000 passengers from the Highlands to Dumfries and Galloway, with overall passenger satisfaction at 90 per cent. Satisfaction with punctuality since our last survey in 2014 has fallen from 86 to 80 per cent, mainly attributable to traffic congestion and roadworks and satisfaction with value for money at 68 per cent.

We hope that the passenger experience highlighted in the survey will assist bus companies and policy makers in driving forward improvements for bus users.