Transport User Voice – You and your train company

Passengers’ needs at the heart of long-term planning 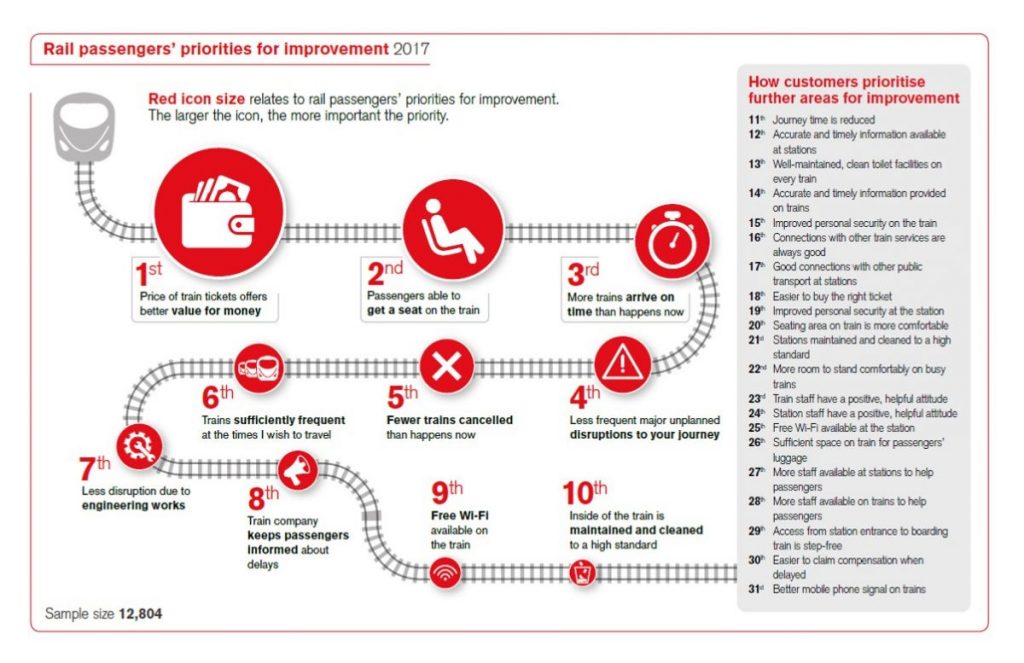 Connecting people: a strategic vision for rail covered wide-ranging elements of the rail service, including a number of statements about franchising policy.

The Department for Transport (DfT) confirms an end to ‘the one size fits all’ approach to franchises, setting out three main models for the future:

The vision also sets out the next franchise competitions. In addition to Southeastern and Great Western (covered further below), key points include:

Following the rescheduling of infrastructure improvements for the network, DfT has announced a 12-month extension to the current franchise and open discussions with FirstGroup on a further direct award to 2022.

A public consultation on the future of the Great Western franchise was also launched on 29 November, and will close on 21 February 2018.

The consultation seeks views on the possibility of splitting the franchise into two (or more) smaller franchises and transferring some services to other operators. Views are also sought on the objectives for Great Western in the 2020s and a range of other issues that might be addressed in future specifications.

The DfT will be holding public consultation events in various locations across the Great Western network in the New Year. Further details are available from GWconsultation@dft.gsi.gov.uk

The ITT for the Southeastern franchise and a stakeholder briefing document were published alongside the DfT Rail Strategy on 29 November. A number of the themes of the strategy are developed in this document, which also confirms the Government response to issues raised in the consultation document.

In line with an emphasis on the basics and delivering a more reliable railway, the franchisee will be required to collaborate with Network Rail ‘to deliver a railway run on a daily basis by a single team’. A jointly appointed director will be responsible for providing strategic oversight, direction to integrated joint teams and promoting a common culture of shared responsibility for continuous improvement in the passenger experience. The concept of the passenger-focused Route Supervisory Board is to be further developed and implemented.

The National Rail Passenger Survey regime will include a specific target for passenger satisfaction on dealing with delays, as well as groupings of factors that measure views on stations, trains and customer service.

Transport Focus will be maintaining close contact with the operator as it starts to embark on the introduction of the many commitments to passengers and stakeholders.