Bringing rail compensation into the 21 century

On 1 October 2016 a new National Rail Conditions of Travel was introduced, providing greater clarity to passengers on the terms and conditions that apply to their national rail tickets.

One of the most significant changes is that train operators are now obliged to offer compensation for delays and disruption in cash rather than in National Rail Travel Vouchers if the passenger prefers. Prior to this change Transport Focus was aware that the experience of claiming compensation could be hugely variable.

Some operator websites made it clear in the FAQs that passengers were able to request a cheque if they wanted, but failed to offer a choice between vouchers or a cheque on the actual claim form; others only offered vouchers or e-credit.

In the case of Govia Thameslink Railway (GTR) passengers wishing to claim for delays or strike days were sent vouchers, which they then had to take to a GTR station to exchange for cash. Creating an extra layer of admin for station staff and inconvenience for passengers – more so if ticket offices were closed during advertised opening hours. So whilst you could apply for compensation online, the actual process of receiving it and converting it to cash was most definitely rooted in the 20 Century.

Happily since the 1 October, GTR and most, if not all, of the rail operators have revised their delay compensation forms to provide greater clarity on what type of compensation passengers are entitled to.

GTR operators (Thameslink, Great Northern, Southern, and Gatwick Express) now offer passengers the opportunity to fill out an online claim form and receive the compensation via BACs transfer or PayPal. You even get an email telling you whether your claim has been successful, and when to expect payment. You’re no longer reliant on the postman dropping a franked envelope through your letter box and having to plan an additional trip to the ticket office. 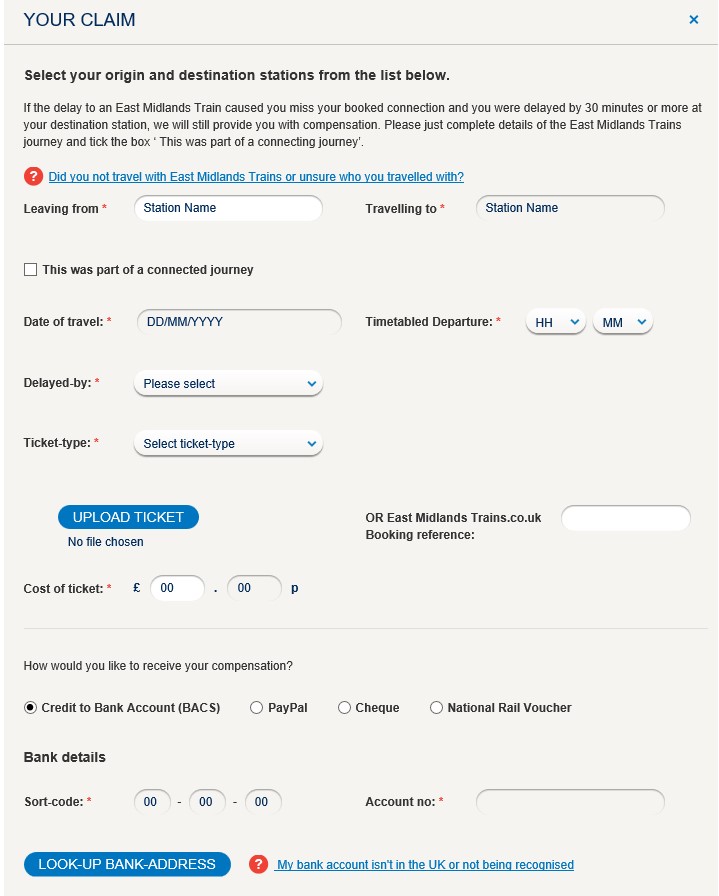 Whilst this is still a far cry from the nirvana of automated Delay Repay compensation, where passengers do not need to submit a claim at all, or trains are never late in the first place, the changes we have seen are a definite step in the right direction. A note of caution though; whilst online is the preference of many, it’s important to remember that not all passengers will be able to scan and upload images of tickets, the option of a printable paper form is still important.