Great when your bus stop is improved but even better if it happens a bit quicker. My colleague, a regular user of Stagecoach services in Basingstoke relates his diary of bus stop improvements make interesting reading. Echoes a lot of points made on our previous user research into information.

“We are creatures of habit and we don’t like change to our routines. So when a road closure shut my regular bus stop for half a year I was a bit miffed…

In my case, it left me out of pocket as the alternative bus stop was in the next fare stage and the bus company declined to make any adjustment for the period of the works.

Things reverted to near-normal with the stop reopening in September last year and thankfully my pocket was no longer being punished. However, the stop itself left a lot to be desired. It only accommodates a single bus when it is quite frequent that two, on different routes, come along at once. And it’s to a new design where the bus doesn’t pull off the road completely – just enough to let cars squeeze past and supposedly meaning that the bus finds it easier to re-join the traffic.

However, back then the only thing that indicated that it was a bus stop was a yellow box and the words ‘bus stop’ on the road. It was with some trepidation that I stood there, stuck out my hand and prayed for the bus to stop… 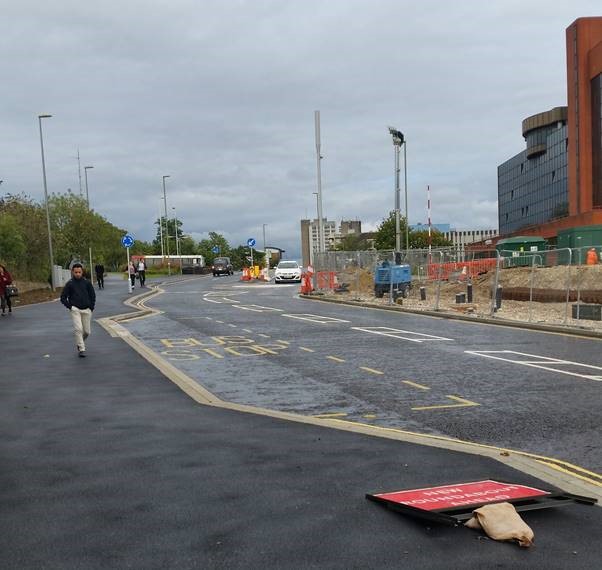 At some point a pole appeared but it was nearly six months later that I noted a small, very temporary-looking bus stop sign had been tied to the pole. 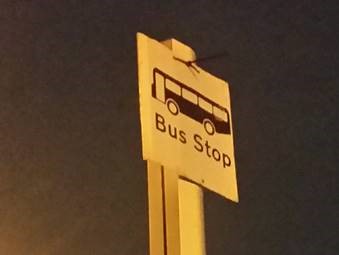 Another of my prayers was answered after another three months when a bench appeared for me to sit on while waiting for the bus. By this time, the pole had gained a proper bus stop sign and three timetable panels – alas, there were no timetables in the panels and no shelter over the bench. 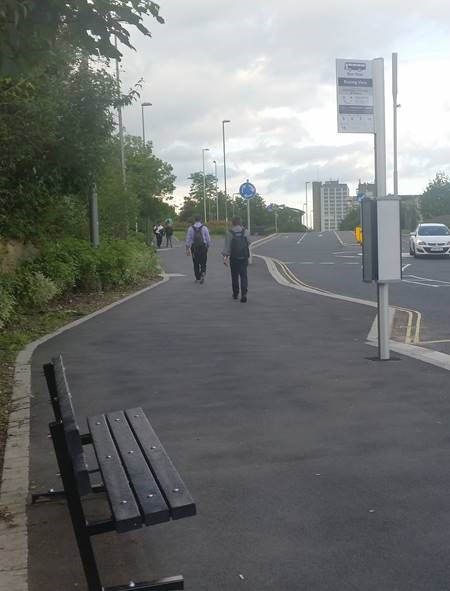 It’s now September and we’re approaching one year since the bus stop reopened – a timetable has now appeared for one of the seven routes serving the stop. A small step in the right direction. The timetable on another of the routes changes in two weeks; I wonder if that will prompt the posting of another timetable…?” 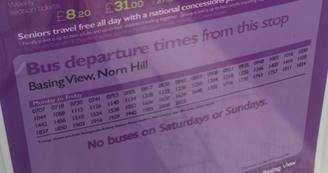