Gainsborough is a town of some 20,000 people in Lincolnshire. Only 13 or so miles from the A1, road travel from the west is constrained by the only bridge across the Trent – built in 1790. Traditional industries such as Marshall’s, founded in 1848 to manufacture agricultural machinery and builders in WWII of midget submarines, have slowly disappeared. However, other companies such as Ping the golf club manufacturers have moved in.

Change is happening. A second Trent bridge is planned. Ambitious plans to build 4,000 houses are well advanced. 2020 sees the 400th anniversary of the Mayflower sailing – there are strong historical links to Gainsborough’s dissenters. The Old Hall in the middle of town is a stunning timbered building. So, reasons to be cheerful? How is public transport helping out?

Local campaigners speak well of local bus operator Stagecoach. Its buses are modern and they seem to be responsive to local needs. Retford – Gainsborough’s link to the East Coast main line – is served reasonably well from north and south, and is a very well looked-after station with helpful staff.

Changing trains requires a short walk down to the low-level platforms on the Sheffield to Lincoln line. An ageing, but functional Northern Rail Pacer train pulls in about once an hour – then it’s a short ride to Gainsborough Lea Road. I was travelling with Nigel Harris, editor of Rail magazine, who has already visited, and written extensively about this issue (see Rail 777).

We were met at the station by some of the local activists – Barry Coward from the Gainsborough Rail and Bus Group and Nigel Ashley and volunteer members of the Friends of Lea Road Station. Samantha Mellows from the Gainsborough Town Partnership was also there. With great enthusiasm, care and energy they have taken matters into their own hands.

The station is managed by East Midlands Trains, yet Northern runs most of the services – a perfect recipe for things falling between the cracks. The services serving Gainsborough do not meet local needs. There’s an hourly Lincoln to Sheffield service, but the route to Doncaster, with all its East Coast connectivity, has only five trains a day. From Central there are three trains a day to Grimsby – but only on Saturdays.

Lea Road station is tired, and needs attention so it can meet passengers’ needs. Ramps were installed in the past, and with some care the shelters could look OK. Information provision is terrible. You have to work out the service pattern by looking at separate Northern and East Midlands timetables! There is no station name-board to tell you where you have arrived. There is no information once in the station to tell where trains go to from each platform – so you can struggle to the top to then find you are on the wrong platform. There are no staff, no ticket machine and no help point. Luckily the old station has been occupied and there is a café there. The volunteers have made and put up signs themselves as well as getting in money to create gardens – see the pictures below.

Not far away, right in the middle of town, is the other station – Gainsborough Central, The location is great – right behind the very successful-looking new shopping centre – again great opportunities but the place has been razed over the years.

Why does it appear that no-one’s in charge? Who cares? The local people do, but apparently no-one in the railway industry. The 400th anniversary of the Mayflower will be a once-in-a-lifetime opportunity in 2020 – let’s hope the county and town councils, together with the rail industry, can provide a welcome for visitors to Gainsborough that everyone can be proud of. 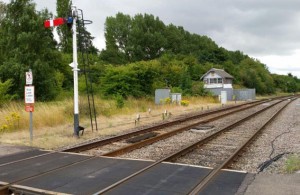 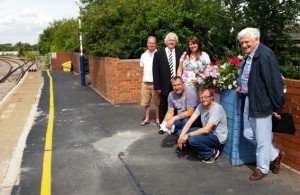 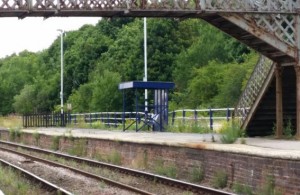 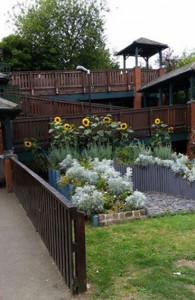 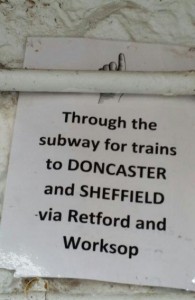 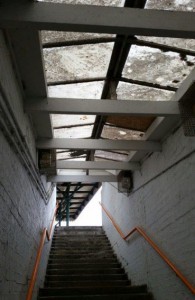