May revolution! How are the timetable changes for you?

A rail timetable revolution is under way. Years in the planning, almost half of Britain’s 19,000 odd trains have new times.

What does it mean for passengers?

For many more passengers these timetable changes mean more seats, longer trains and more choice on destinations. All of Thameslink, Southern, Great Northern and Gatwick Express trains – that’s one in five of Britain’s rail passengers had new times on Sunday 20 and Monday 21 May. 1300 extra new services on Northern.

London, from St Pancras to Blackfriars and beyond, effectively has a new tube service with trains every few minutes in the peak (shame it’s not shown the tube map TfL!). While not many people may travel all the way from Horsham to Peterborough or Cambridge to Brighton the links in-between to Gatwick Airport and London Bridge are really useful. 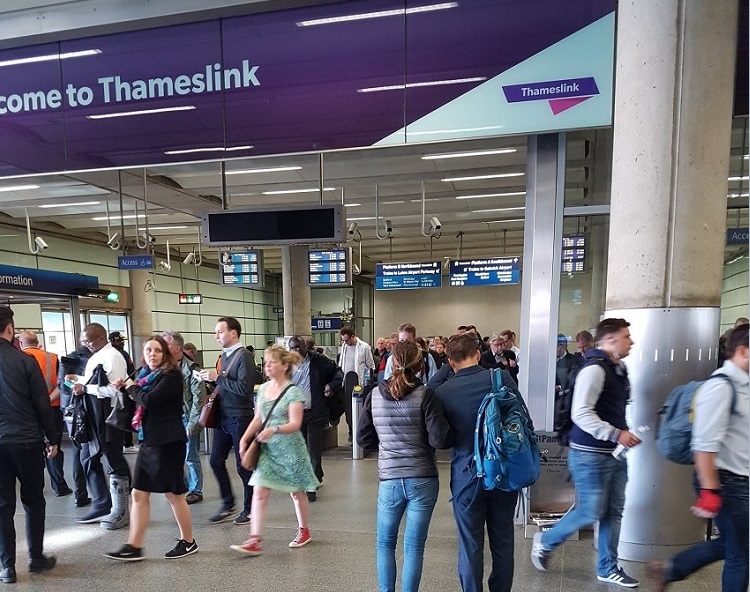 More, faster trains across the Pennines from Leeds to Manchester and beyond are useful. More frequent services between Harrogate and Leeds also adds more choice.

While the industry consultation and communication has been ok it was always going to be a bit tense on the day. The industry has had real trouble doing timetable planning generally – too many changes, not enough planners and creaking ‘legacy’ IT systems. We showed up the failure or provide timetables 12 weeks in advance last autumn and re-checked in the last few weeks. The industry is still not there yet.

Not everyone will be happy with these changes. We all build our lives around these services. Changes can really affect people’s daily routine. If you travel from Bedford, Luton or Wellingborough choices are restricted. Peak time services from Wellingborough to Bedford are now a bus!

Off-peak services between Huddersfield and Manchester stop only at every other station to make way for fast trains. Commuting to Manchester from Levenshulme and Heaton Chapel is now less attractive with long waits between some services.

Some passengers are now finding they have to catch an earlier peak fare train so are paying more. This cannot be right and we are calling on train companies to ensure passengers are not out of pocket because of this.

How did it all go?

Some Northern passengers had a torrid time. Many trains delayed or cancelled in the North West. One in seven of its services were cancelled this morning, with a further 17 per cent delayed by at least five minutes. There were lots of staff around and good information at places like Bolton but no substitute for sticking to the basic promise of the railways: running the trains on time.

I was at St Pancras from early morning right through the peak Thameslink rush hour. Yes, some trains were cancelled and some delayed but generally it seemed alright. What was noticeable was the crowding. Changing times is pushing people into different, already busy services. Trains need to be as long as possible. While an eight-carriage train might have worked in the past the pressure on the system means 12 carriages are needed. We will keep a close eye on these crowding levels.

Likewise colleagues have been out on Great Northern and Southern reporting similar experiences. Lots of Govia Thameslink Railway staff were actively helping passengers get to grips with the changes.

So, as passengers get used to the new times and as the industry gets used to running them hopefully teething problems will get ironed out.