Smooth flow? Getting HGVs to Dover

Dover port matters to the UK. A recent report estimated that some 17 per cent of Britain’s overseas trade, worth some £119 billion flows through the port. So it really matters that the flow is steady. While the Port is relatively well served by road – the M20/A20 and M2/A2 there are a lot of trucks trying to get to and from the port – 400 plus an hour!

The problems last year with industrial action and migrant activity in Calais showed just how quickly problems built up and the trucks have to start being held on the A20 and then the M20. With major problems Operation Stack is invoked – a big operation involving the police and Kent County Council. However, much more regularly deployed is the so called Traffic Assessment Project or ‘TAP’. A more limited police presence with trucks on the A20 approaches only. 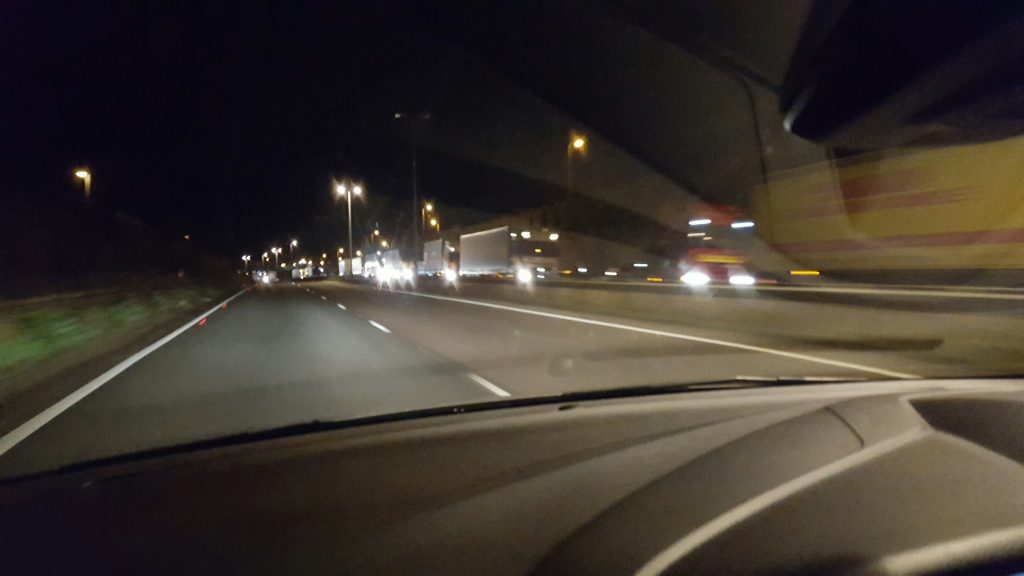 So, on a recent visit to the Port of Dover to see its operation it was very interesting to see the A20 with no trucks queuing – possible in daylight to see the signs and markings clearly. 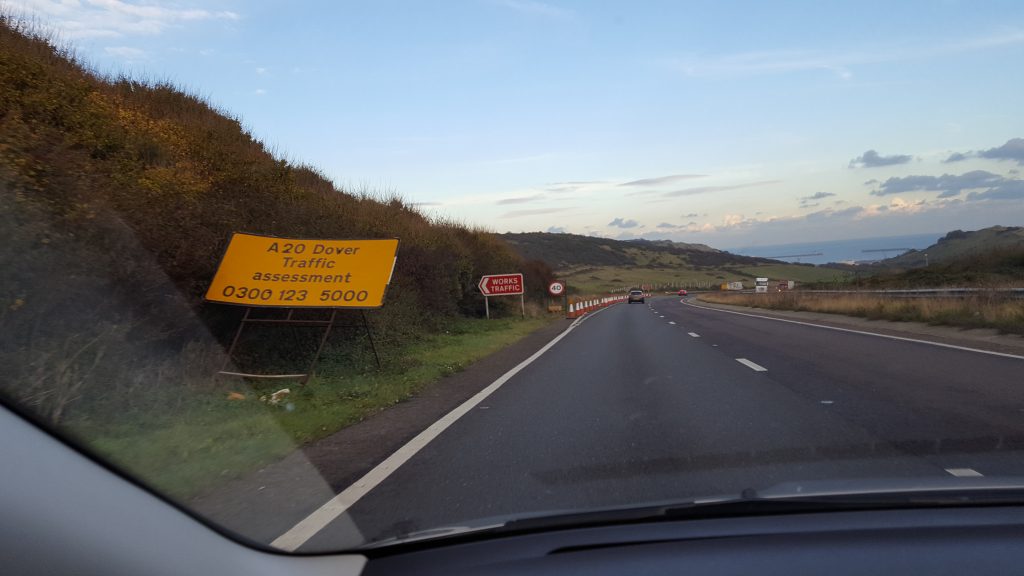 What immediately strikes you is just how low tech this piece of road is. No overhead signs, no electronic roadside signs, little lighting and somewhat worn out road markings. The laybys are all cordoned off – to avoid vehicles getting hemmed in but rolling down the hill in a truck must be stressful. If a driver reaches their tachograph limit they stop, put the hazard lights on and other vehicles have to go round them. No doubt the fact this is a sensitive environmental area makes signage difficult.

However, the signage there is oddly worded. What, for example, is ‘experimental traffic management ahead’ meant to signify? The signage looks very temporary with sandbags holding down yellow signs and, in some places, difficult to read. All in English as well. 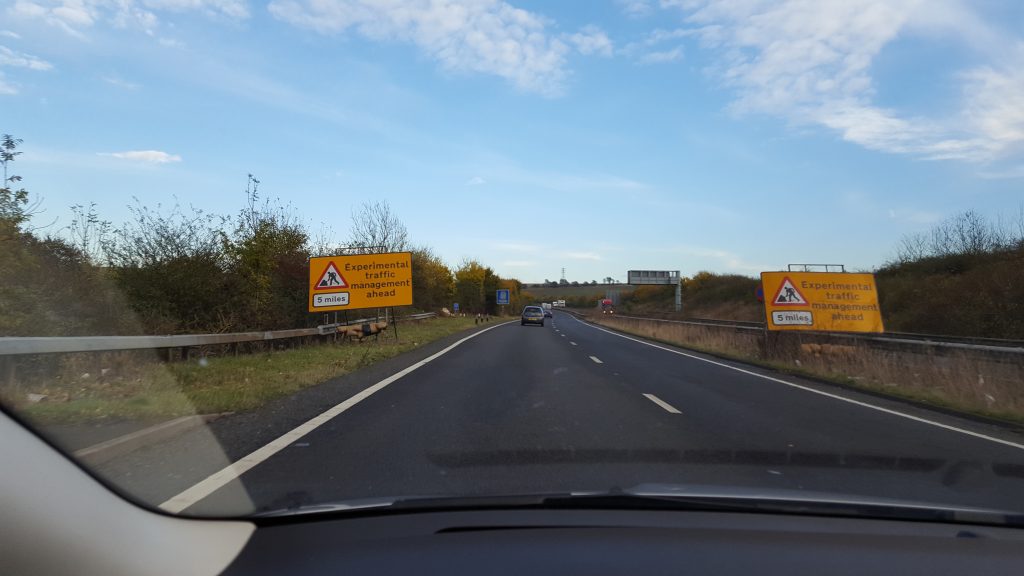 I suspect most HGV drivers, having experienced it all before know what to do but for first timers it’s all a bit confusing. Very frustrating for locals as the road is subject to a permanent 40 mph speed limit as well – no message signs, so the speed limit cannot vary! Our forthcoming research into truck driver’s experiences of TAP showed one clear improvement is needed – better information please!

Given this is a key piece of national and local infrastructure it looks like some extra investment in information provision could really pay off.