Got a chance to try out the new Edinburgh tram. The trams themselves are smart and quiet. Ticket machines seemed good, but the real-time information was way out on the morning I travelled. Also, the indicator board of a tram coming into Edinburgh showed ‘Airport’! Teething troubles, but annoying

Along Princes Street the tram seemed stuck in a stream of buses and red lights. It speeds up out towards the airport, but given the frequency quite a lot of people still seemed to be choosing the bus. Early days, but the system looks like a useful addition to the Edinburgh transport scene rather than a game changer.

It would be great to benchmark the system alongside other trams in Great Britain and the buses in Edinburgh – we hope to repeat our inaugural Tram Passenger Survey this year and our Bus Passenger Survey in the autumn. Let’s see what the passengers think! 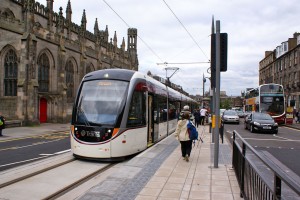 In the meantime down in Nottingham progress on the tram extension. Colleagues speaking at a light rail conference there had the chance to look at the works – very disruptive they are too! These pictures give you some idea of what is happening. 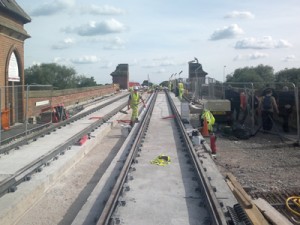 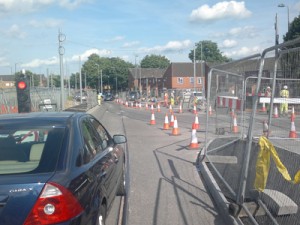 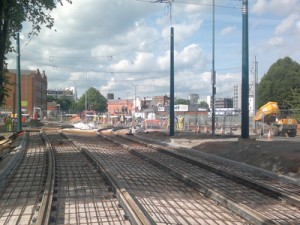 Like the blog? Please share on your social channels.
TwitterLinkedIn
We are using cookies to give you the best experience on our site. By continuing to use our website without changing the settings, you are agreeing to our use of cookies.
I Agree