When’s the next bus? Timetable problems for Stagecoach East Kent

Knowing when the bus is coming, or at least having a vague idea, is a pretty obvious passenger requirement. We have carried out research on what passengers are looking for.

So, an interesting experience in Kent and East Sussex recently with normally pretty good Stagecoach services.

We wanted to get from Rye railway station to Camber Sands (it’s odd Rye does not seem to be part of PlusBus according to staff at Balham train station, but more on this later). Arrived at about 19.00 to find slightly temporary-looking timetable pinned up which seemed to indicate that the next bus was 45 minutes away – so I took a cab.

On the way back there were no timetables at all at the bus stops. It seemed that the summer timetables had not yet been put up, which is odd, as they must have had some time to prepare. Luckily the place we were staying at did have some up-to-date info and we were able to work out that the 11.12 was the bus for us.

Next morning we saw people waiting at the bus stop as we headed for the beach. This worried me as I thought I might have got the time of the bus wrong, so I decided to have a quick chat with the locals. I discovered that two buses pass there, the 100 and 101, and they have different routes, but both go to Rye. I had been fooled by the printed information about the 101, which seemed to indicate that the normal timetable didn’t apply during bank and school holidays. I read it as Sunday service, so an hourly frequency to Rye.

This flagged up how tricky it is to get this information onto bus stops. Info about buses to Rye and other major destinations rather than routes might help. Yes, maybe I should have summoned up some app, but I thought I had cracked it.

In the end the 11.12 turned up 10 minutes late – seems like bank holiday traffic and the sun is a fateful combination. The £13.50 single ticket for three adults and three kids for a two-mile journey was painful and underlines the usefulness of PlusBus and the cost of buying one-off bus tickets. 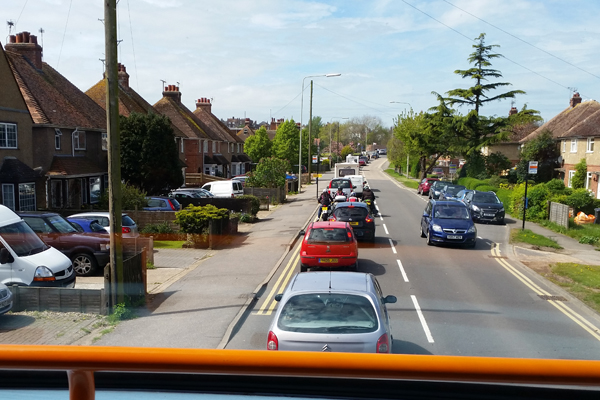 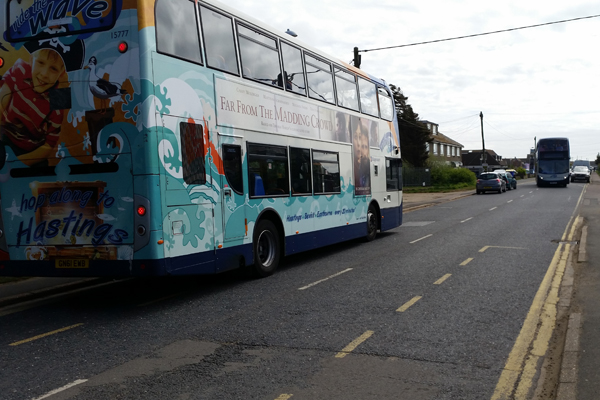 The story below shows that I wasn’t the only one to encounter problems with information about bus services.

Passengers left confused due to lack of timetable information