Earlier this month ScotRail began a 21-day consultation on proposed changes to ticket office opening hours. The changes would impact 120 stations and three ticket offices are proposed to close (Cartsdyke, Clydebank, Woodhall). We’re encouraging people to contact us to have their say on the changes – further details can be found here.

Our Board member for Scotland, Trisha McAuley OBE, will be chairing the Rail: North of the Border conference on Thursday 3 March. This will be an opportunity to hear about ScotRail being taking under Government ownership as well as the future transport investment blueprint that the Scottish government will be publishing.

A consultation on the draft Strategic Transport Projects Review 2 is currently taking place. Your views can help inform the final report which will form the basis for investment decisions by Scottish ministers for the next 20 years. Once in place the changes will play a key role in helping to make the country fairer and greener.

The STPR2 reports, project pages and the online questionnaire can be found here.

The new climate change, environment and infrastructure committee launched a consultation to determine priorities for the sixth Senedd. Transport Focus submitted a response which looks at key areas of strategy, recovery and investment to boost services and encourage growth. The committee’s summary of evidence referred to points we had made.

The committee has now published its report which identifies three key priority areas:

The second priority includes transport and looking at post-Covid transport use, behavioural change and transport governance. We’ll continue to talk to the committee as this work develops.

We’ve been out and about at Llansamlet and Briton Ferry stations with a service quality inspector. This gave a real insight into some of the challenges faced by Welsh passengers (particularly with vandalism, antisocial behaviour and littering). But it also gave us an opportunity to raise issues which we know are important for passengers. We noted a range of complaints including trackside litter, poor visibility of station signs, dirty handrails, vandalised shelters and customer information screens which were out of order.

As part of ongoing work with the Transport for Wales (TfW) service design panel, TfW Rail has recently jet washed the platforms and removed severe graffiti from the shelters at Briton Ferry. The stations team and contractors have also resolved 114 defects across these two stations alone in the last 12 months. Most recently TfW installed a defibrillator at Briton Ferry as part of a wider roll-out scheme across the network.

We will be working closely with Transport for Wales to follow up on the issues that have been raised. And we’ll be involved in its service quality review to make sure passenger views are central to the process. 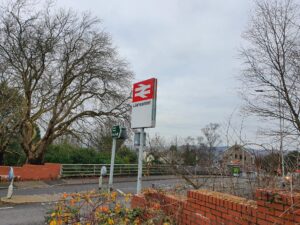 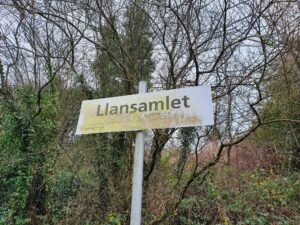 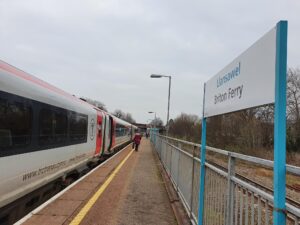 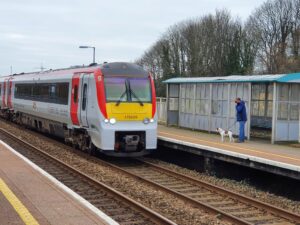 It’s been an exciting start to the year for London TravelWatch. The week, the organisation launched its report on personal safety when people travel across the city, particularly women, young people and minority groups.

The research found that there are a series of issues that worry Londoners when they travel which need to be addressed by transport operators, the police and local authorities. The report concludes with a number of recommendations which could make a huge difference in helping make people safer.

London TravelWatch will be working hard to get as many of the recommendations brought in as possible. You can read the full report here.

We know from our work chairing the West Midlands Bus Alliance that there’s a lot happening on bus in the region. National Express West Midlands has unleashed 20 new hydrogen buses on the 51 route. The buses will prevent 1.560 tonnes of carbon from entering the atmosphere and can run for 300 kilometres on a single tank. And they only take up to 10 minutes to refuel. Drivers of the new buses have completed specialist training. In further good news for bus users, National Express West Midlands has again frozen its fares for 2022.

We also work closely with West Midlands Trains on rail, where there’s some positive news for accessibility. Smethwick Rolfe Street Railway Station got a £6.1m investment to bring about step-free access. Work has started on two new lifts for the station and should be finished by early summer.

Also, as part of the Rail Business Awards 2022, West Midlands Trains has also been nominated for the Diversity and Inclusion in Rail Award. This is to recognise its efforts to improve gender balance, diversity and inclusion within the UK rail industry. Great to see, especially as we work with the team as part of its stakeholder equality group.