You and your train company

The Department for Transport (DfT) is preparing to launch a new competition to run the South Eastern franchise. The current franchise, run by Govia as Southeastern, is due to finish in December 2018.

We have been carrying out research on behalf of the DfT to understand what passengers want from the new franchise. We held a series of focus groups and interviews with passengers across the Southeastern network to find out their views on various aspects of the current franchise, and what their hopes are for the future of their rail service. We are analysing the results, and are already using them to press for ensuring passenger benefits are at the heart of the franchise specification.

Watch out for our research in the next edition of Transport User Voice.

What do passengers want from HS2 and West Coast services between now and when HS2 opens to the public in 2026?

Earlier in the year we presented passengers’ priorities and aspirations at the DfT’s Bidders Day for the new West Coast Partnership franchise, including insight from our HS2 panel. 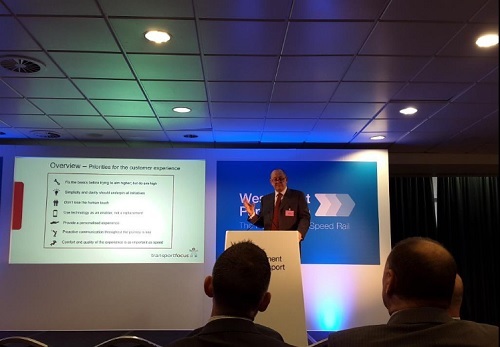 The West Coast Partnership will be responsible for services on both the West Coast Main Line from 2019, currently run by Virgin Trains, and designing and running the initial high speed services from 2026. We are working to ensure that the passenger voice is embedded in all parts of the plans, and that the effects on passengers’ journeys of building works at London Euston and along the route are properly considered.

We are working with Transport for Wales (TfW) to carry out research among Arriva Trains Wales passengers to find out their experiences and aspirations for the franchise. Over the coming weeks we will be carrying out focus groups and interviews with passengers from across the Wales and Borders network, and the insight gained will be used to inform the specification for the new franchise. We will be publishing results in the spring – watch this space.

TfW will soon be launching an online consultation on the Wales and Borders Rail Service. As part of the consultation process TfW will be hosting a series of workshops to gather passengers’ views on the new service. The dates of the events are below.

More details of the events and joining instructions will be sent out once the consultation has been launched. If you would like to be added to the mailing list please email TfW.